Mark’s Gospel is both the earliest and the shortest of the four gospels, abrupt in style and often hard-hitting.  Last Sunday’s difficult passage on divorce and this coming Sunday’s foray into each of our bank accounts and wills are reminders that Jesus afflicts the comfortable as readily as comforting the afflicted.  Nevertheless, with teachings on wealth as much as teachings on intimate relationships, it is important to read and hear the passages with care rather than trying to reduce them to slogans.  Teasing out what Jesus is NOT saying is as important as getting a grip on what he IS teaching.  To put our minds temporarily at rest, this Sunday Jesus isn’t condemning people with accumulated wealth any more than he is condemning wealth itself.  Rather, the passage explores the danger of assuming the life of faith can be played like a rousing game of Monopoly®.

Wikipedia’s history of the popular board game reveals some surprising insights into the logic of the game.  Monopoly® is based on a pilot board game devised by Elizabeth J. Magie in 1903.  The game was designed to demonstrate certain progressive ideas in economic growth as well as the dangers of unbridled monopolies.  Magie also developed a second set of rules for which “…the goal was to create monopolies and crush opponents” [Sounds familiar, doesn’t it?].  Popularized by college students in the Northeast, the game was taken over by Parker Brothers in the 1930s, crediting Charles Darrow with its invention and, by an ironic turn, leaving Magie in the dust.  Although she eventually received a piddly $500 settlement, her fate confirmed later novelist David Mitchell’s sardonic quip in number9dream, “Whoever dies with the most stuff wins.”  Sadly, many folks embrace that sentiment as their goal in life.

Sunday’s gospel account [Mark 10:17-31] is the bittersweet tale of a wealthy young man coming to Jesus with the question we all want him to answer: Good Teacher, what must I do to inherit eternal life?  Jesus’ answer to him and to us is unsettling, given the way culture, politics, desperation in trying to meet ends meet, and all the other ways life assails and shapes us.  The young man’s plight deeply saddens Jesus who in effect tells him, “Don’t try to die with the most stuff.”  Jesus gets to the heart of the matter quickly by demonstrating that the stuff we accumulate begins to own us rather than the reverse.  Possessions, wealth, and the social position that accompanies “stuff” can become the focus of our energies, time, worries, and purpose in living.  The desire to possess fuels our passion to acquire.  Herein lies the wisdom of I Timothy 6:10: For the love of money is a root of all kinds of evil, and in their eagerness to be rich some have wandered away from the faith and pierced themselves with many pains.  Wealth is not inherently evil.  What is evil is wealth’s capacity to ensnare our minds and hearts, numbing us to our capacity to care and show mercy and generosity.

A strange twist can happen in folks when they start accumulating “stuff.”  One effect of stuff is to breed a false sense of independence.  Various studies have found that folks who feel themselves independent, particularly if they’ve worked hard for their “stuff,” can become suspicious of others who have not been able to follow the same path, owning Boardwalk and passing Go frequently.  Yet striving for independence is the root “evil” in Eden’s bower.  When Adam and Eve profess their desire to “…be like God,” that logic plays out in disastrous ways.  Those who assume themselves to be “…like gods” conclude they have no daily need “for God.”  Such a move strikes at the heart of what it means to be human, to be God’s children.  Independence as a primal goal is directly related to isolation from others and ultimately, from God.  This is the reason why Jesus questions the young man on his willingness, but more importantly, on his ability to “let go of the stuff.”  Jesus’ questioning is directed to each of us as well.

It is for this reason than we turn to the psalms as reminders that we are NOT alone but remain in God’s sometimes elusive but always constant care.  Psalm 90:12 and 14 give us words to recite and remember:  So teach us to number our days that we may apply our hearts to wisdom… / Satisfy us by your steadfast love in the morning; so shall we rejoice and be glad all our days.  By numbering our days, satisfied by God’s gracious mercy to us, we gradually begin to understand ourselves as “stewards” rather than “owners of stuff.”  Good stewardship is revealed in the wise, generous, loving oversight of “…ourselves, our time, and our possessions,” ALL signs of God’s unfathomable love for us and for all of creation. 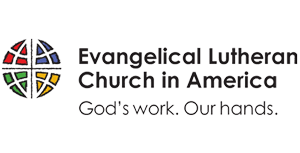